ATR (Aerei da Trasporto Regionale) is a Franco-Italian aircraft manufacturer headquartered at Toulouse Blagnac International Airport in Blagnac, France. The company was created in 1981 by Aérospatiale of France (now Airbus) and Aeritalia (now Leonardo) of Italy.

ATR turboprop aircraft are recognized as the most eco-friendly regional airplanes and are the world benchmark in terms of efficiency, reliability and economics on short-haul routes.

The primary products of the company are the ATR 42 and ATR 72 turboprop, high-wing, short-haul regional aircraft. To date, ATR has sold nearly 1,700 aircraft and has over 200 operators in more than 100 countries.

Leonardo's manufacturing facilities in Pomigliano d'Arco, near Naples, Italy, produce the aircraft's fuselage and tail sections. Aircraft wings are assembled at Sogerma in Bordeaux in western France by Airbus France. Final assembly, flight-testing, certification and deliveries is accomplished by ATR in Toulouse, France, where the ATR 42 and ATR 72 are produced side by side.

Also, the ATR -600 series has the widest cabin in the turboprop market.

Currently under development is the ATR 72-600F freighter. It has the capability to carry both bulk and industry-standard Unit Load Devices. The aircraft will provide cargo operators with advantages of the latest generation market-leading regional turboprop. It made its maiden flight in September 2020. 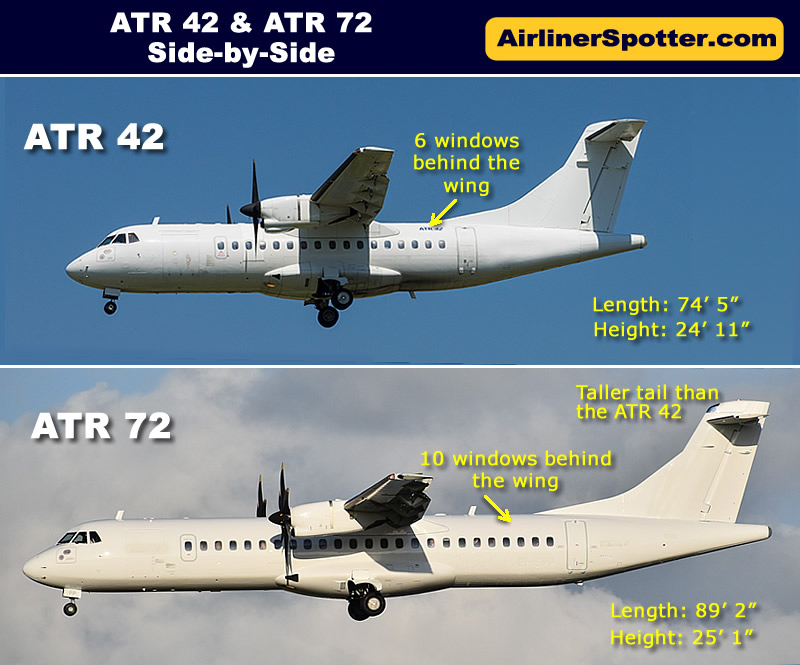 The first ATR 42 conducted its maiden flight from Toulouse Airport, France, in August of 1984.

During the mid-1980s, ATR sought to introduce a larger airliner with more capacity than the ATR 42. This new regional airliner, designated as the ATR 72, was developed from the ATR 42 and shared many commonalities with it. The main difference between the two airliners was an increase in the maximum seating capacity to 78 passengers.

The increased passenger capacity was achieved by stretching the fuselage by 4.5 m (15 ft), along with an increase of the wingspan, the use of more powerful engines, and increased fuel capacity of 10%.

The first ATR 72 prototype made its maiden flight in October of 1988.

More Information About the ATR Companies